What is graphic design and how it works 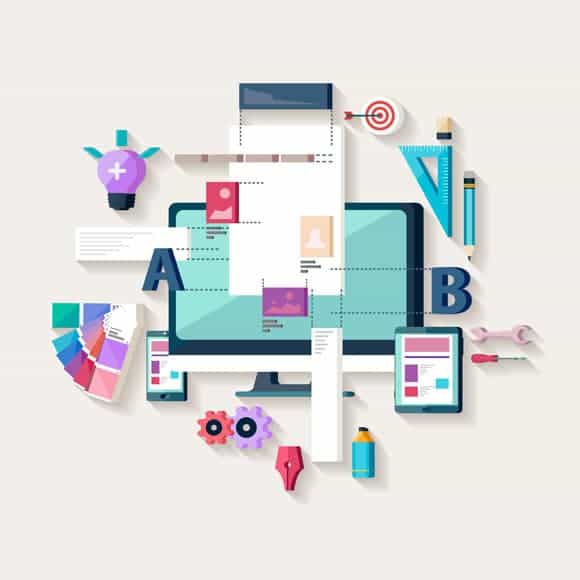 Nowadays it’s really hard to stumble over a difficult thing in a particular kind of language or branch of study. Everything needs simplicity, illustration, the fullness of understanding, ease of perception and application. In an effort to understand certain information, everything is done so that the recipient remains effortless. What philosophical categories does a person who wants to purchase a product or service operate on? Utility. Correction: convenience and expediency, emphasized by graphic design. What is it? People often judge a book by its cover, as well as about a thing in its image. The work of the graphic designer is to switch the buyer’s thinking from ingenious categories to images. This is not good or bad. It just saves time. A simple understanding of complex information is the right way to interact.
Let’s find outwhat is graphic design.

What is graphic design

It is a peculiar way or artistic method of projecting and implementing ideas, as a rule, by visual means. It can be text, image, picture, photo, collage, etc. And it’s not a full definition.
Well, there was a guy named William Dwiggins. It was him who made up this word combination. But did he invent any kind of it? Sir, negative, sir. He just gained some fame as an illustrator, calligrapher and a book designer. How did he work out this term? Maybe he was overwhelmed by questions, “Hey, buddy, what do you do for living?” and he, just to seem noble, replied, “I’m a graphic designer, you know, and what is your superpower?” People in the 1920s did not know what a “graphic design” was. But they might surely consider him as a “self-made-man”. But if they just wondered how wide this concept would be, they would notice that the parietal wall paintings are also, to a certain extent, a part of graphic design. What do cave art and graphic design have in common? Both their function is informativity. The striking difference is that modern graphic design is highly technological and is put on the conveyor. And this, you must agree, sounds prestigious.
There were at least two more interesting personalities in this context. Salvador Domingo Felipe Jacinto Dalí designed the Chupa Chups logo. Well, what is remarkable here? First, it’s beautiful. Secondly, it has become an impetus for the development of the commercial graphic design. By the way, the range of its usage is very broad: it does not necessarily have to be a commercial purpose; graphic design is also applied for cultural, political, and educational purposes.
Later on, Andy Warhol contributed much more. Just type his name into a search to clarify. The fact that his education and creative heritage is directly connected with graphic design still does not say anything. He just proved that the image of a thing can be more expensive than its essence.

How does graphic design work

First of all, the subject of our conversation concerns how graphic design works both in the web space as well as in real commerce. Despite the informative function, the task of communication design is to make things attractive. There is a depicted thing. Its image includes the fullness of the information about it plus it attracts attention. It equals to the success of the task. You recommend someone a bright and understandable thing. If you managed to touch the dopamine receptors of the client, you managed to sell this thing profitably.
Secondly, which isn’t less important, there are no strict rules. The design is about an artwork and graphic design is not an exception. Creativity and brightness – that’s the point. There is no limit to the freedom of the creative act. The only thing that matters is the unique look.
Third, anticipation is the moving force of satisfaction. The work of the designer should satisfy the tastes of the audience and the customer. A graphic designer is not just a craftsman, but, above all, an aesthete.
Fourth, there should be some researching process: targeting a market for example. It should be always done to avoid plagiarism and to combine all suitable ideas.

How does SEO work